Diffusion Coefficients in the standard DGT gel (agarose crosslinked polyacrylamide, APA) from 1 to 35°C (calculated using the equations provided below). Multiply the number by 10-6 to give D in cm2 s-1. 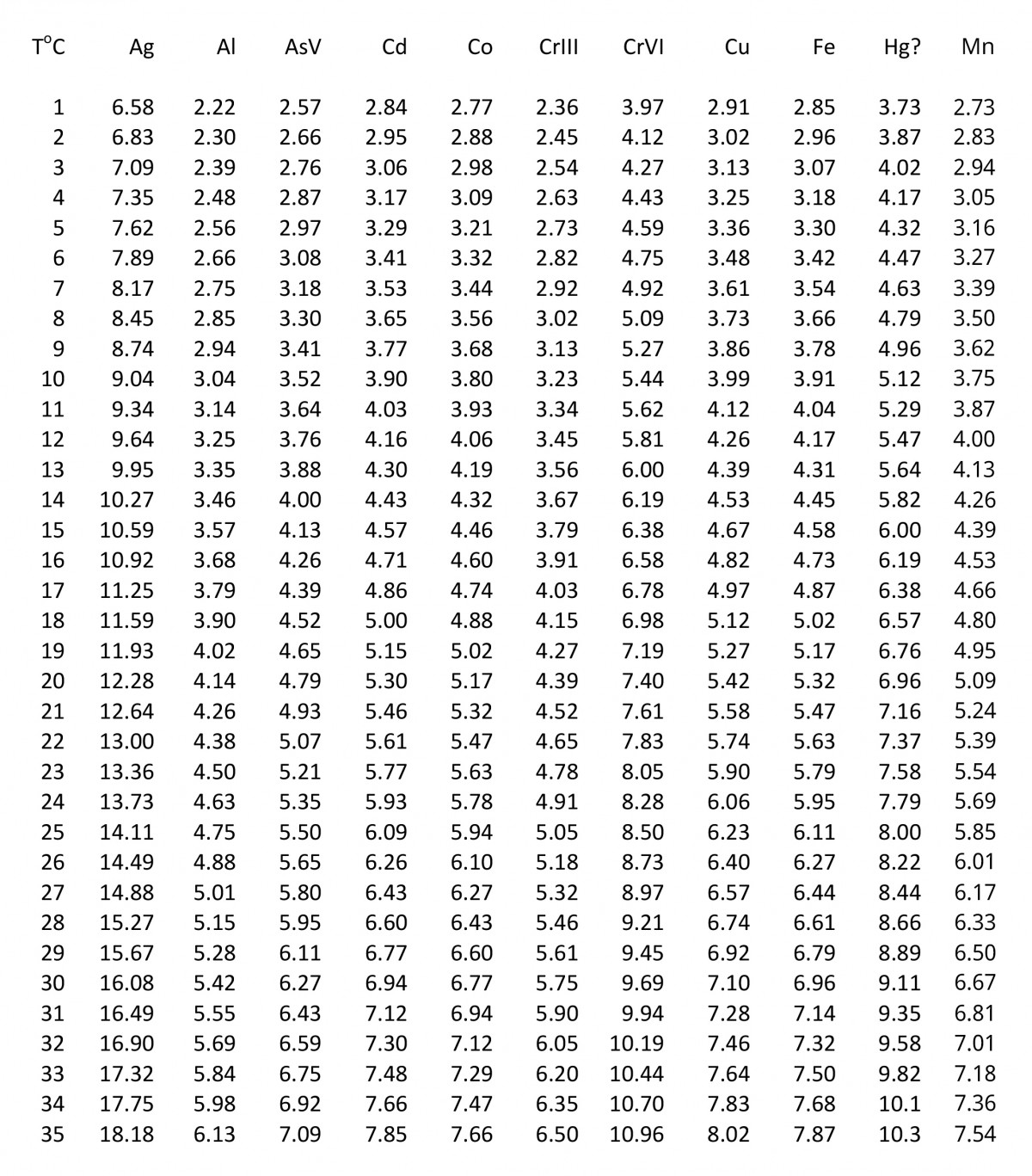 There is no agreement on the diffusion coefficients for mercury. These are estimated values based on a critical assessment of the information provided in Diffusive Gradients in Thin-films (DGT) for Environmental Measurements, Editor: William Davison, Cambridge University Press, 2016.

Diffusion Coefficients in an agarose crosslinked polyacrylamide (APA) gel from 1 to 35°C (calculated using the equations provided below).

*P here refers to phosphate. S(-II) refers to sulfide. The data are based on 90% of the diffusion coefficient of HS- in water at 25°C.

Table for calculating diffusion coefficients of commonly measured analytes in the APA gel and water at any temperature between 1 and 35°C. 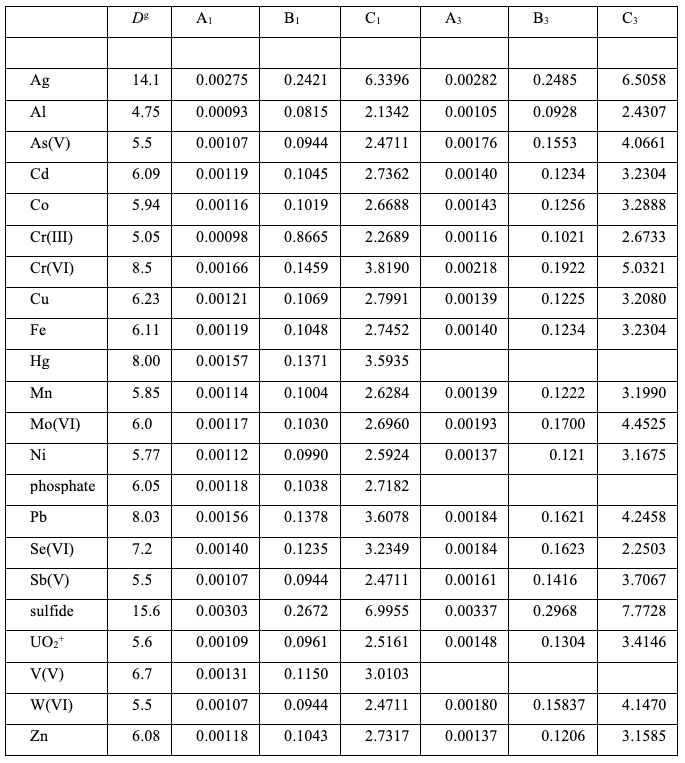 Diffusion coefficients for organic substances. As new methods for measuring organics using DGT are developed, diffusion coefficients are being determined, as provided in information for organic analytes. While theses values are expected to be reliable, it is advisable to recognise that generally there are as yet insufficient data to establish them as consensus values.

DGT® is a pioneering passive sampler for measuring metals, organic contaminants and nutrients, and monitoring water quality either in situ or in the laboratory.

DGT® is patented and is a trademark which is registered throughout the world.

If you are a Chinese customer, you can visit our Chinese website address here: www.dgtresearch.com.cn.